A Hero’s Journey – The Call 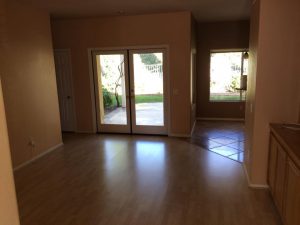 People often ask us, “what prompted you to embark on this journey?” Joseph Campbell said that a Hero’s Journey begins with a Call – the call can take many forms. Sometimes it’s just a gradual gnawing away of one’s sense of a common life. Other times it’s an insistent tapping within one’s consciousness. The Call can take the form of a serious illness or loss. In my case, it took the form of a series of three lucrative contract cancellations over a six-month period in 2014. Two were due to management changes within the respective organizations, the third occurred when the project sponsor was fired as a result of his unethical conduct. Prior to these events, I noticed a gentle tapping within me to make a change. After the third contract cancellation, I could no longer ignore The Call.

When you are committed to living a life that is tuned into a higher purpose, the Universe lets you know when it’s time to move. 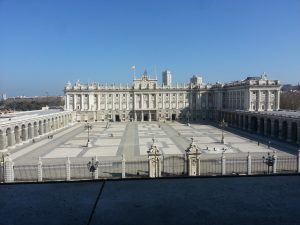 I had a conversation with my husband Jim about where he was in his career. I asked if he was ready to retire from his role as a pulpit minister and director of a Center for Spiritual Living. Once we made the decision, it didn’t take long to sell our house, cars, furniture, and other belongings. We put the remainder in a storage unit and boarded a plane for Spain. The process was energizing, liberating, and bittersweet. 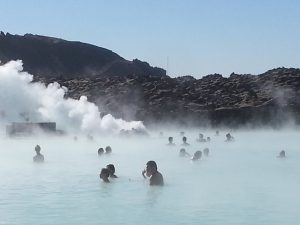 The Call is often met with resistance from your closest friends and family.

My step-mom reacted with alarm. She said, “what if something happens to me or your dad?” Up until that moment we lived 10 minutes away from them. I assured her that I could be home within 24 hours in an emergency. Others thought we were crazy. And some friends acknowledged that they had a secret longing to take the same leap into adventure, but they lacked the courage to act on their Call.

Letting Go – Leaping into the Void

At one point during the process of selling our home, I came to realize how I had bound my identity with my house. I remember sitting at a café in Agoura Hills, in tears because someone had made a “low ball” offer on the house. The words surfaced from my subconscious, “I’m worth more than that!” Wow – I realized that I had bound my identity and sense of value a building! Of course, the place where I raised my daughter, lived with my loving husband, nurtu 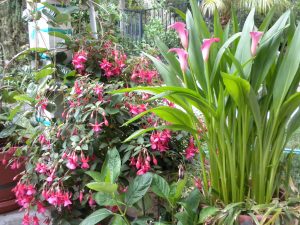 red a garden, hosted great parties, and played with my cats, held special significance in my life. I created beauty there. I loved there. I meditated, prayed, and grew as a person there.

So, what is calling you?

The journey does not need to be an epic one. It can be an interior journey that no one sees unless you tell them about it. Are you feeling a tap on your shoulder? Is there a voice within you which is urging you to make a change? Pay attention.

This site uses Akismet to reduce spam. Learn how your comment data is processed.

My Coming-Out As a Corporate Mystic